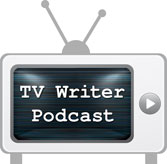 It’s holiday time again! The Chuck team goes all out on the holiday episodes, and so do we! We’re so thrilled that in this holiday extravaganza, 18 of the Chuck cast and crew share not only their holiday wishes for the fans, but many of their favorite moments from working on the series.

Thanks to crew member Suwannee Wilhelm, the podcast is chock full of behind the scenes photos, of many of the cast members wrapping, empty sets, the wrap party, and

We hope this episode encourages you… if you want more, CLICK HERE to play last year’s extravaganza with 35 guests, including Timothy Dalton, Scott Bakula, and Matt Bomer. There’s lots of Chuck cheer to go around!

From Mel, Liz, and Gray, we wish you a safe and happy holiday with your loved ones!

Make sure to watch Chuck through the holidays, on Fridays at 8/7c, up to the 2-part finale on January 27th.

Visit Chuckazon to pre-order Chuck season 5, and while you’re there, there are lots of great gift ideas for Chuck fans (including yourself).

Timothy Dalton, Scott Bakula, Matt Bomer… These are just a few of the whopping 35 guests in our holiday extravaganza! To celebrate the occasion, Gray went all out, with broadcast quality greenscreen and 3D graphics, in full HD. This episode promises to bring the kid out in you… and thoroughly entertain any kids around!

We hear from all the writers on Chuck, all of the regular cast, several crew members and guest stars, and many who have left the show, both cast and writers. Julia Ling reads a funny Chuck-themed poem she wrote, several of the cast leave messages in character, and there’s a game show you’re sure to want to play!

We hope you have a lot of fun with this episode, and enjoy it again and again. Be sure to take advantage of full widescreen HD quality by viewing it at chuckpodcast.blip.tv, in full screen mode. And please share about it with all your Chuck-loving friends and family, via Facebook, Twitter, email, and word of mouth!

Have a wonderful and safe holiday, from all of us at Chuck vs. the Podcast and ChuckTV.net!

When Chuck writer Lauren LeFranc broke the news to me about all of the changes in the Chuck writers room, she was gracious enough to let me open the floor to fans for questions on Twitter. She was surprised by how many came in under 30 minutes, but answered them all…  Here are the results of the Q&A!

1. Could you ask Lauren what epis she’s writing & titles? (asked by 2 people)
2. What new writers have been hired? (asked by 3 people)
3. When are they gonna get on twitter? (asked by 3 people)
4. Title of 4.03?
5. Something she’d change from S3 if there was a rewind button
6. Will Lauren be writing any Sarah backstory this season?
7. Will she and Rafe be writing solo as well as together?
8. Did casting of Linda Hamilton change how MamaB role was originally conceived?
9. Is Greta an acronym?
10. How will the new writers approach the task of writing material for returning characters created by past writers?
11. Will you pick a city in Canada for one of the Chuck EP’s this season?
12. How is Rafe?
13. Did everyone have fun brainstorming this season’s storyline?
14. Will the Orion Cave be referred to as the OC on #Chuck? 😉
15. Can we get another Christmas Episode
16. Pass along thanks to her.

And that’s all she wrote!  Thanks again to Lauren for answering all of our questions, and for doing such a wonderful job writing Chuck! Please feel free to comment below.

This week we talk about the 3rd episode from writing team Rafe Judkins and Lauren LeFranc, Chuck vs. the Living Dead.

Plus, we deal with the issue on everyone’s minds — we are incredibly encouraged at the 4th season renewal but reeling from the number of lost writers because of Chuck’s late pickup by NBC. If you haven’t yet read Gray’s blog on the issue, do yourself a favor and read it.

We also have news, emails, and the last spoilers of the season, as the 2-hour season finale airs this Monday. Check your local listings for air times!

Also, watch for a special podcast right after the finale airs on the West coast… you won’t want to miss it!

We’ve made history, Chuck fans… Chuck has been renewed for a 4th season! As far as we’re aware, this is the first time a show saved by a fan campaign was ever renewed for an additional season. Every one of you was a part of it!

To help us celebrate, we have an exclusive interview with the incredibly fun writing team of Rafe Judkins and Lauren LeFranc, who brought us the intense Chuck vs. the Tic Tac and gleeful Chuck vs. the Honeymooners, as well as this Monday’s upcoming episode, Chuck vs. the Living Dead.

Find out more details about the renewal as they happen at ChuckTV.net.